Raiganj Coronation High School (H.S.) was established on 17 January 1911. A group of enlightened persons headed by Sri Kulada Kanta Ghosh, the founder Secretary of the School played the pivotal role in the establishment of the school. The school was named such because it was the year of the coronation of King George V. After independence, efforts had been made to do away with the word "coronation" but it could not be actualized as yet. This is because of the fact that the school, since its foundation has chronologically reached such a coveted height that any alteration of the name is not likely to be approved by the people of Raiganj. 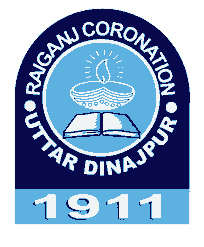 Other works by Sourabh Das